There are several reasons why casement windows make a great choice of window for your home.

The first point is that as compared to any other double glazed windows that can only be opened partially or not at all; none can be compared to casement windows which can swing open much more wide open. So if you like to have a full view of whatever is on the other side of the window, this window would be most suitable.

This, in turn, leads to other benefits as well. 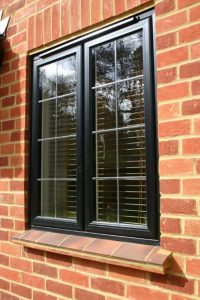 For one, it makes it easier for you to catch the breeze from outside into the house, making it possible to cut down on using the air conditioner or fan when you have natural air flowing in. Even if the outside space is very limited for air to flow in, but because the window sashes are designed in an angle that is like a flap, wind is directed into the building as they brush against the sashes.

So even if you do not normally get the wind to naturally come directly in, the design of the window makes it possible to catch wind anyway.

Even when double glazed windows are closed, they still have their advantages. Speaking of cutting down on the use of air conditioners or fan, due to its design where they open outward and sashes close against their frames, a tighter seal is possible, creating much more insulation.

Apart from that, because their casement locks are hook-shaped and are fixed within the frame, it is harder to break into the house through the window because the locks are out of reach.

Other windows like the double-hung windows are much easier to break into simply by slipping a pry bar under the sash to lift up the lock’s screws out of the wood.

However, from the inside, the window is much easier to open, even for the disabled, where only one hand is required as they use the crank mechanism. This makes it safer as well, especially when there is a fire, and the large space it creates when opened enables the person to climb out with ease.

Last but not least, there is not much maintenance needed with casement windows. What is most important is to lubricate the crank mechanism and hinges yearly so that you will not have trouble opening or closing it.

Although older versions are a little more difficult to clean the glass surface, newer versions are made with sashes that can be removed from the frames so that they can be easily cleaned. 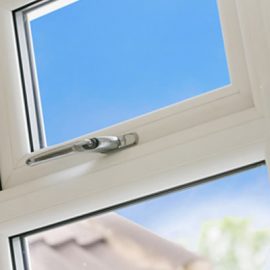 Why Replacement Casement Windows are Best 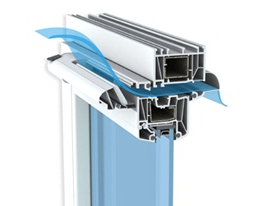 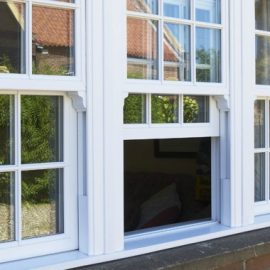